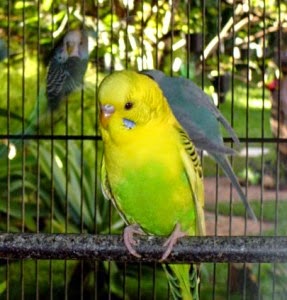 Parrots are highly intelligent, fun-loving creatures that make wonderful pets. While most people are aware of the overall spunk and unique personality traits they possess, there are some little-known facts that may surprise you. Keep reading to learn 5 fun and interesting facts about parrots.

Would you believe me if I told you that some parrots are capable of living over a century? While it’s not common, there are some documented reports of parrots living over 100 years old.

Previous U.S. President Winston Churchill was known for collecting rare and exotic animals, one of which was a Blue Macaw parrot he named Charlie. If the numbers are correct and the story is true, Charlie would be over 110 years old! Now that’s an old parrot!

If you're thinking about owning a parrot, check on its life expectancy to determine what type of commitment you can expect. Adopting a Macaw or Amazon is a serious commitment that you need to be fully prepared for. With a life expectancy of 80+ years, they'll likely be a part of your family for the rest of your life.

If you’ve ever owned a pet parrot, you probably know how much they enjoy mimicking their owners. Just talking to friends and family members in your parrot’s presence will allow them to pick up on what you’re saying and mimic it.

Contrary to what some people may believe, parrots are the world’s only animal capable of mimicking human speech. There are countless videos uploaded to YouTube showing just how graceful some parrots can sing and carry a tune, which is pretty impressive to say the least. In 1995, the Guinness Book of World Records confirmed a small budgie named "Puck" had the largest vocabulary. An entire documentary film was created for Puck in which 21 volunteers closely watched over him to analyze and record his vocabulary. At the end of the documentary, it was determined that Puck knew an impressive 1,728 words!

The Kakapo is a nocturnal, flightless parrot that can weigh up to 7 pounds, making it the heaviest of all 250 parrot species.

In addition to it’s heavy weight and large size, the Kakapo is also considered one of the rarest parrots, as there's only a shocking number of 126 known to be alive. Thankfully, though, conservation efforts have placed these majestic birds on 3 different predator-free islands where they can hopefully breed and start thriving again.

#4 - The World's Smallest Parrot Is Only 3 Inches Long

It’s pretty astounding to think that the world’s smallest parrot is has only an average head-to-tail length of just 3-4 inches. Located on New Guinea and the surrounding Pacific islands, Pygmy parrots are fast, agile and downright tiny birds. These exceptionally small parrots are native to New Guinea and the surrounding islands where they forage for food in thick brush and foliage.

Something that’s important to note with this species is that they are one of the only types of parrots that feed on mushrooms and fungus rather than insects.

You might assume that parrots build nests on tree branches like most bird species. While some parrots do in fact build their nests this way, most prefer the additional security of actual holes and hollowed out areas inside the tree. This offers a greater level of protection against natural predators, allowing the mother parrot to care for her young in a safe, stress-free environment.

Some people assume that parrots aren't social animals, but this simply isn't true. On the contrary, parrots crave the attention and affection of their owners. While each and every parrot has their own unique personality, most prefer to spend time with their owners over playing with toys in their cage.

You might be surprised to learn that there are over 360 different parrot species, with more still being discovered. Most people are familiar with the Macaw, African Grey, budgie, etc, but there are literally hundreds of other species out there. Of course, not all of them are suitable for family pets, so do your own independent research before adopting one into your home.

Jun 29, 2020
Dusky Conure Species: Your Guide To Proper Care & What Does It Take To Raise Them